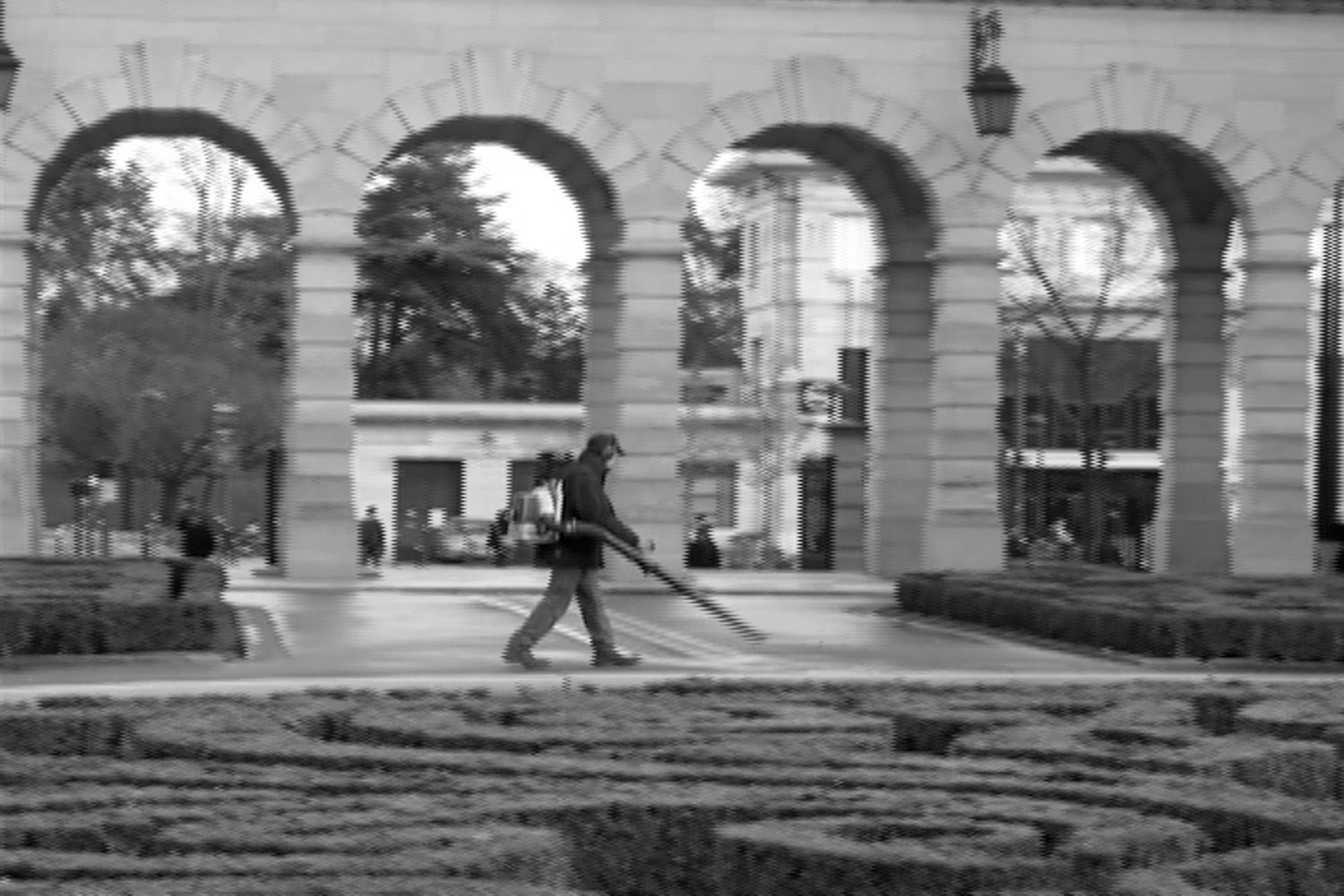 Taking Care (Rehearsals for public space choreography), 2010
Video, 1”45′, variable dimensions
While living in Paris I found myself attracted to very specific things in the city, to those in which change and the passage of time was visible, or where the human trace and presence remained. In this work I address this idea from the opposite end, thinking of how much human effort is actually put into having the city look in a certain way. I started recording these gestures in which different individuals are ‘taking care’ of a given urban space; it became a sort of dance, a poetical choreography of calculated movements, where these individuals and the spaces intimately meet.