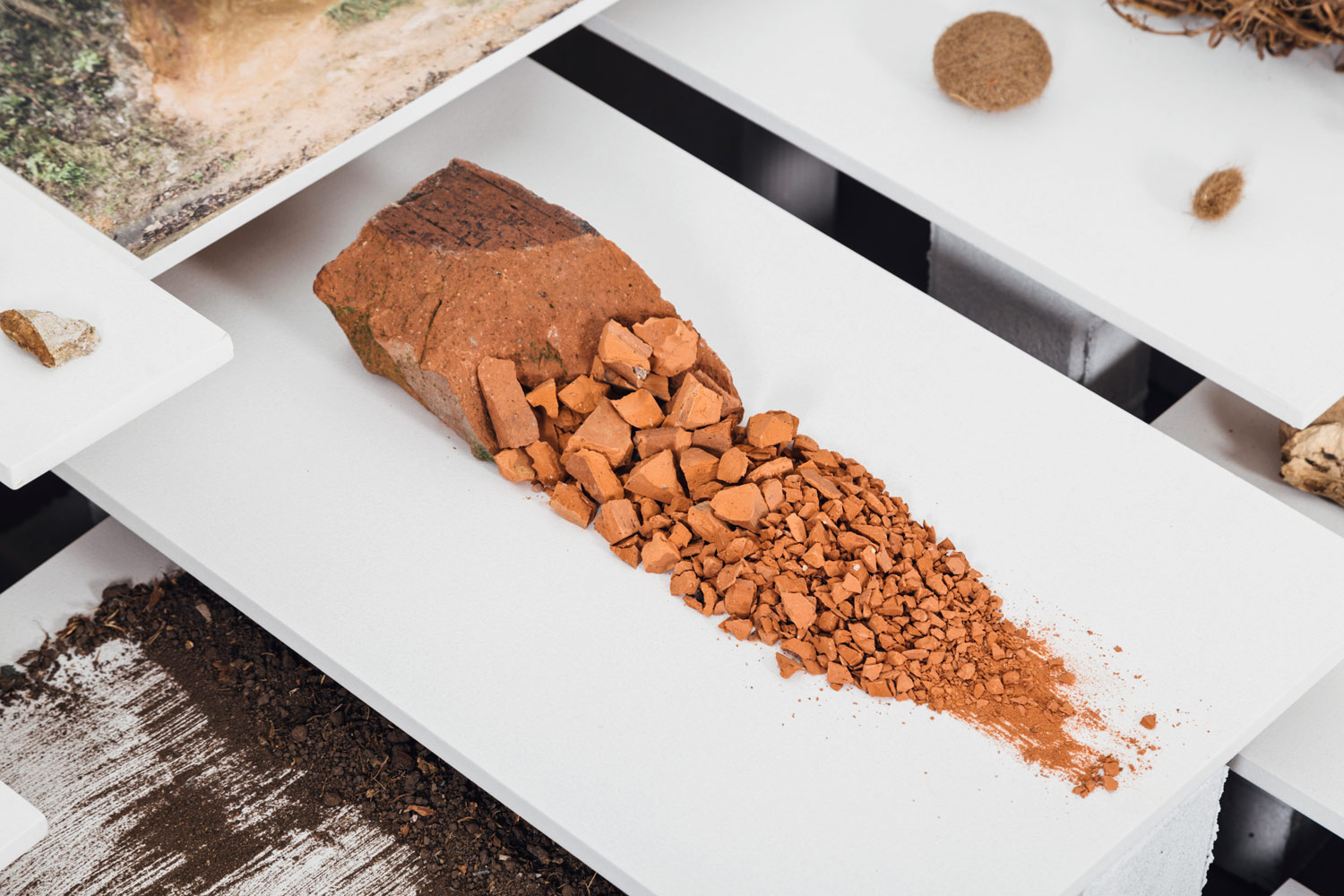 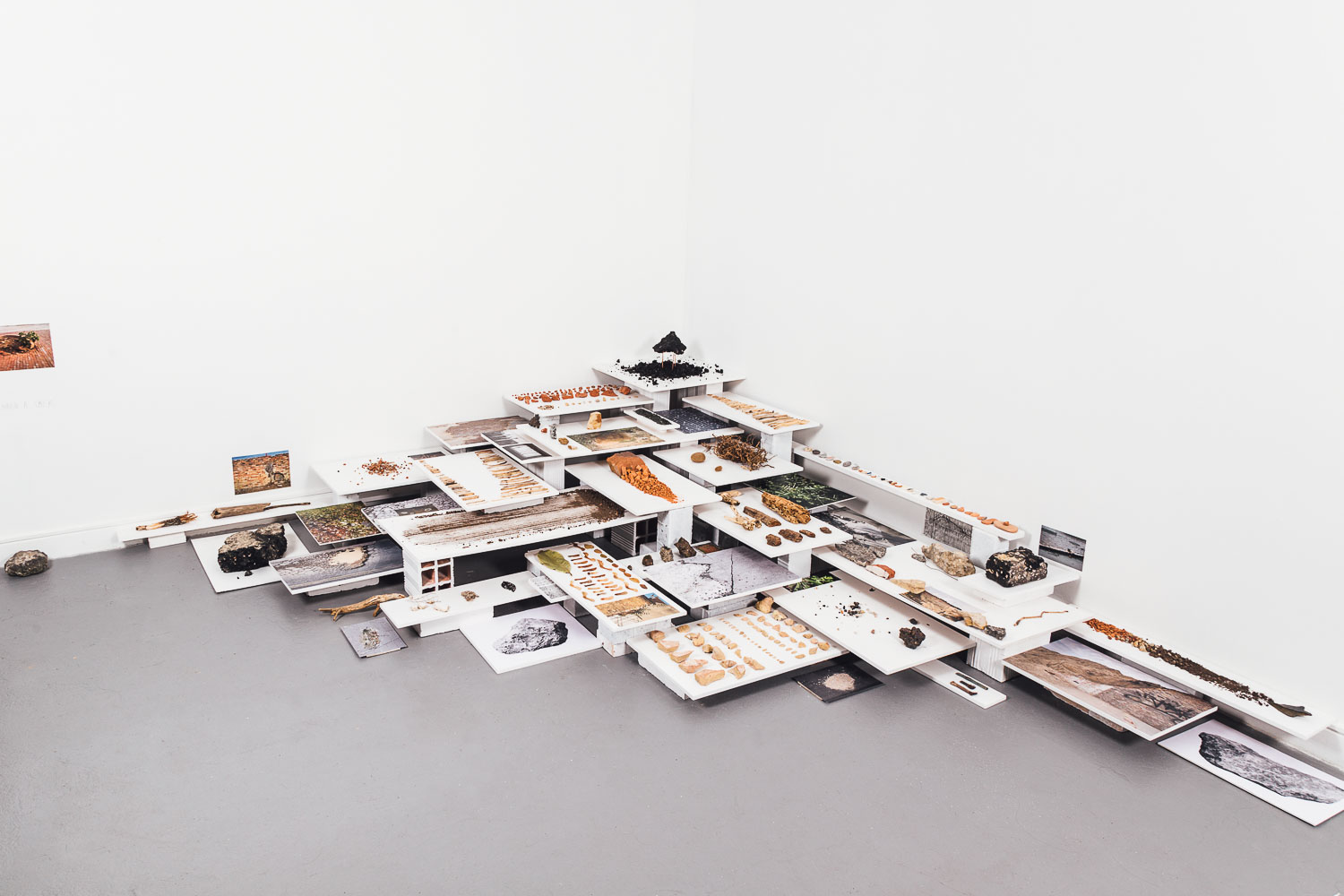 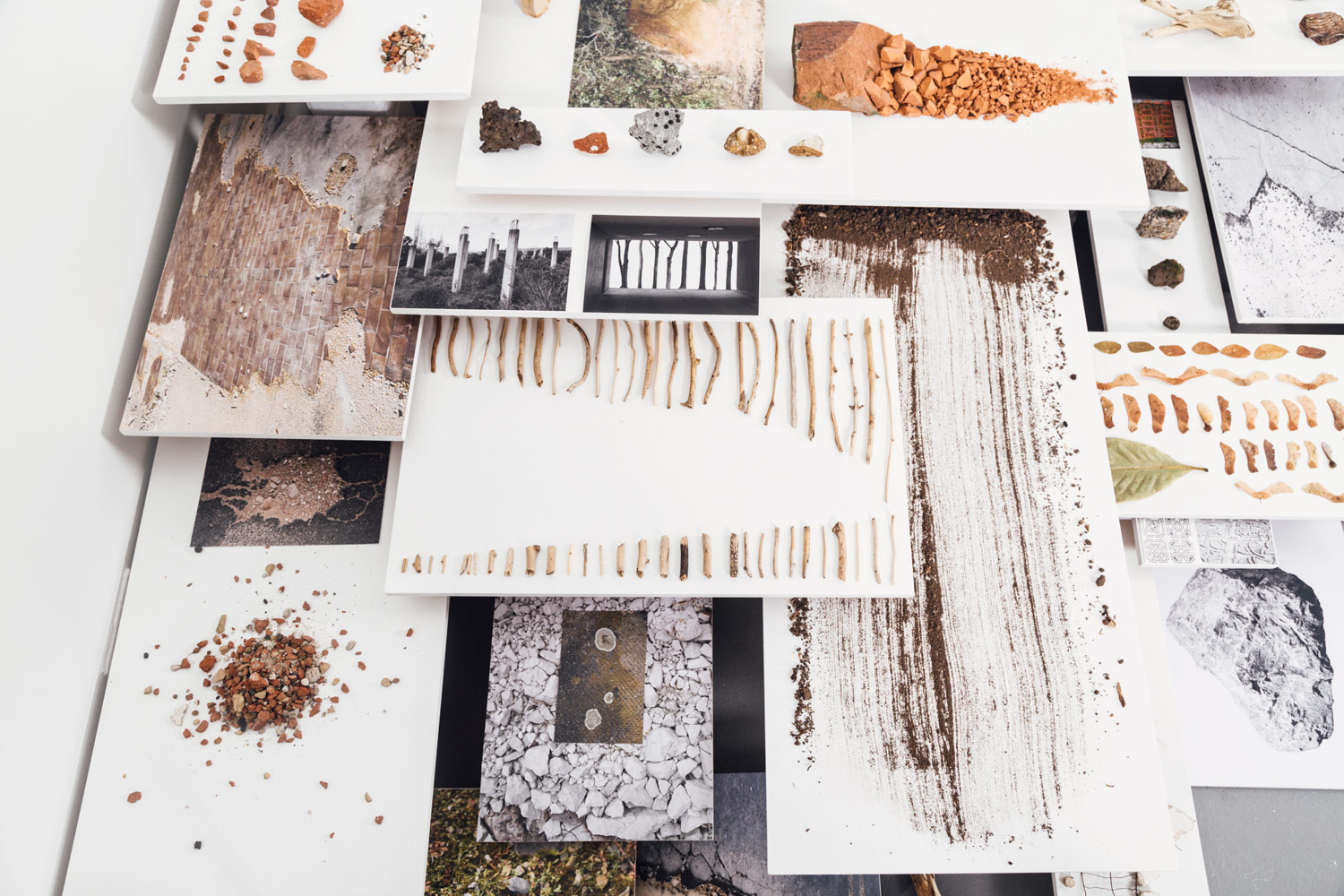 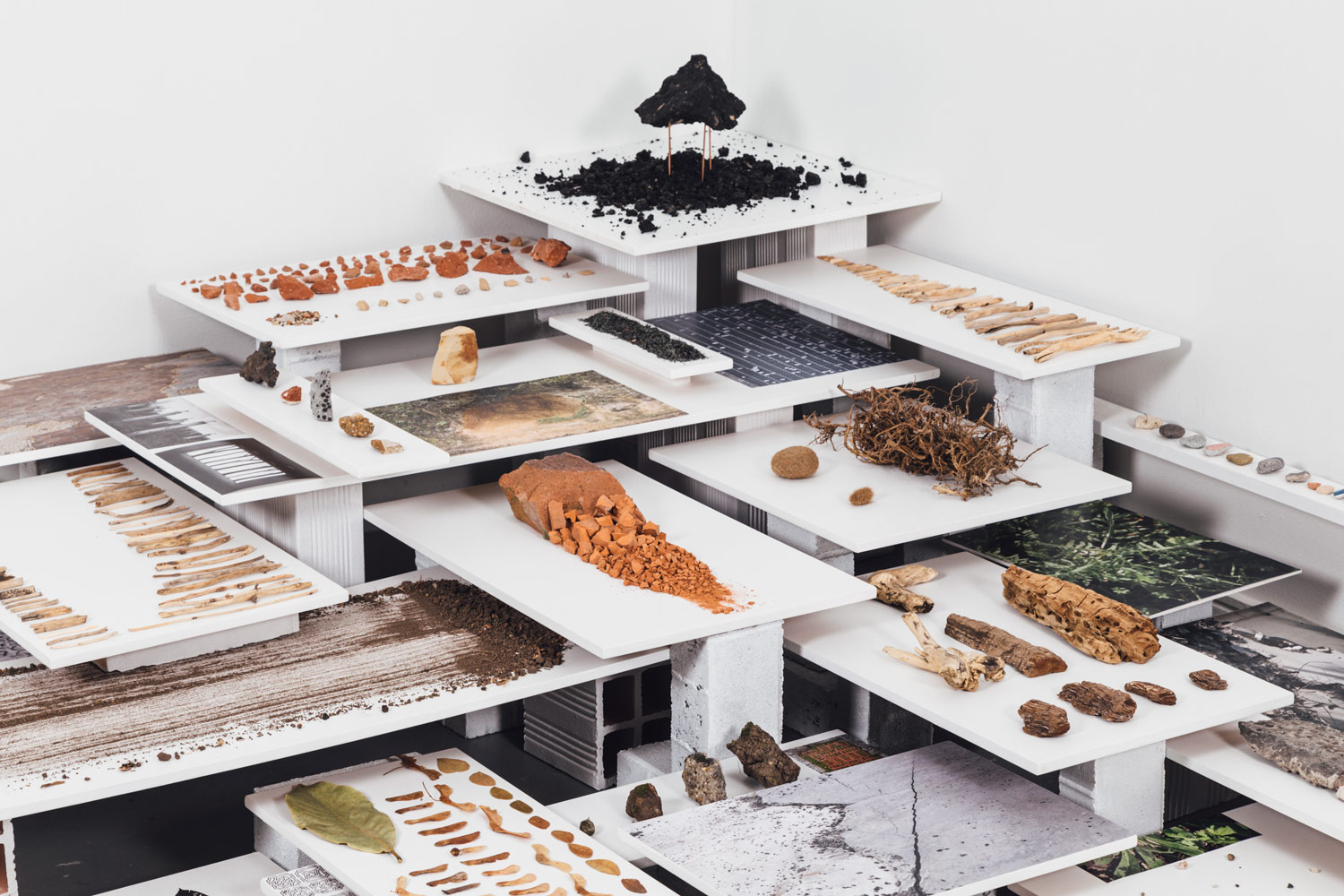 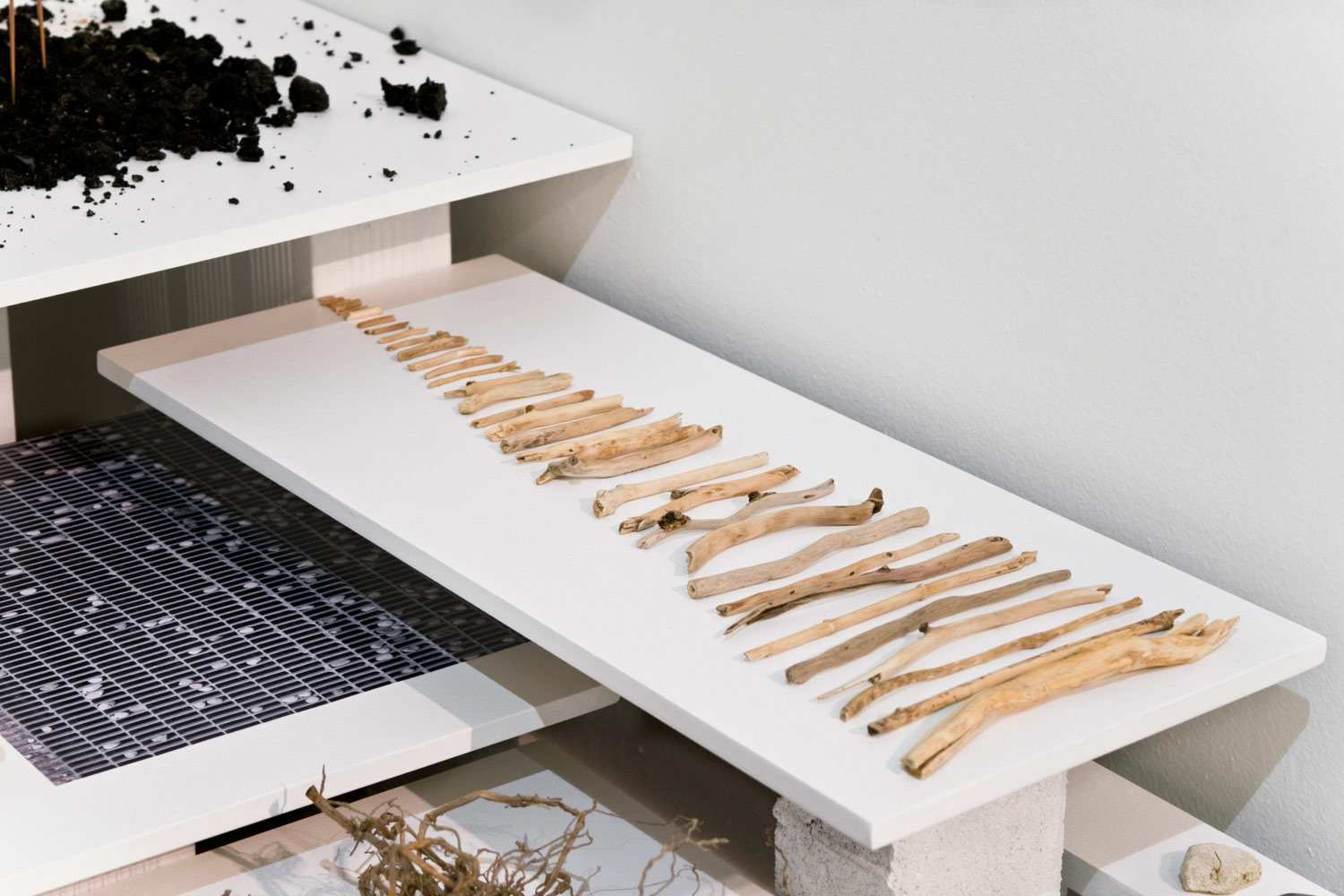 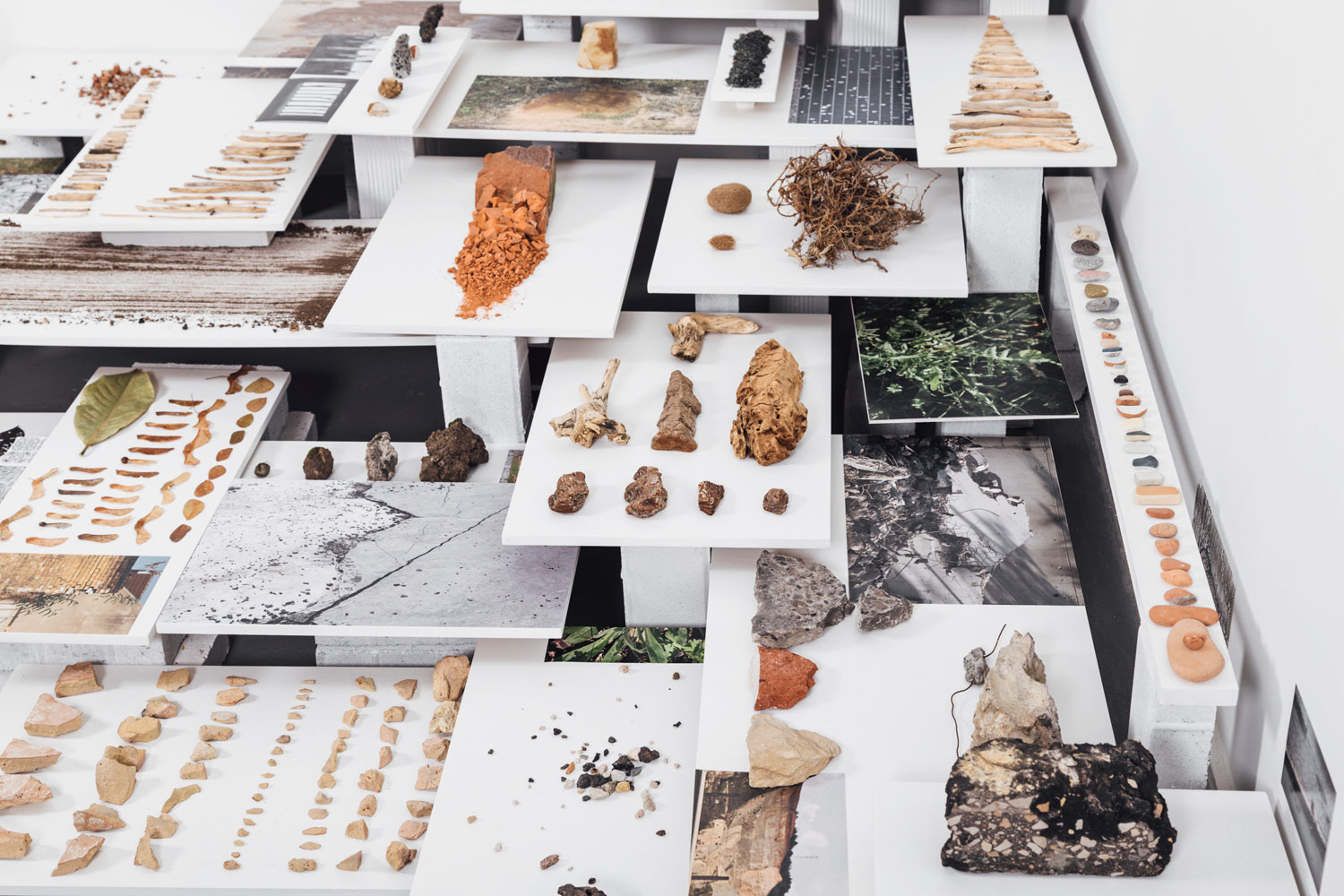 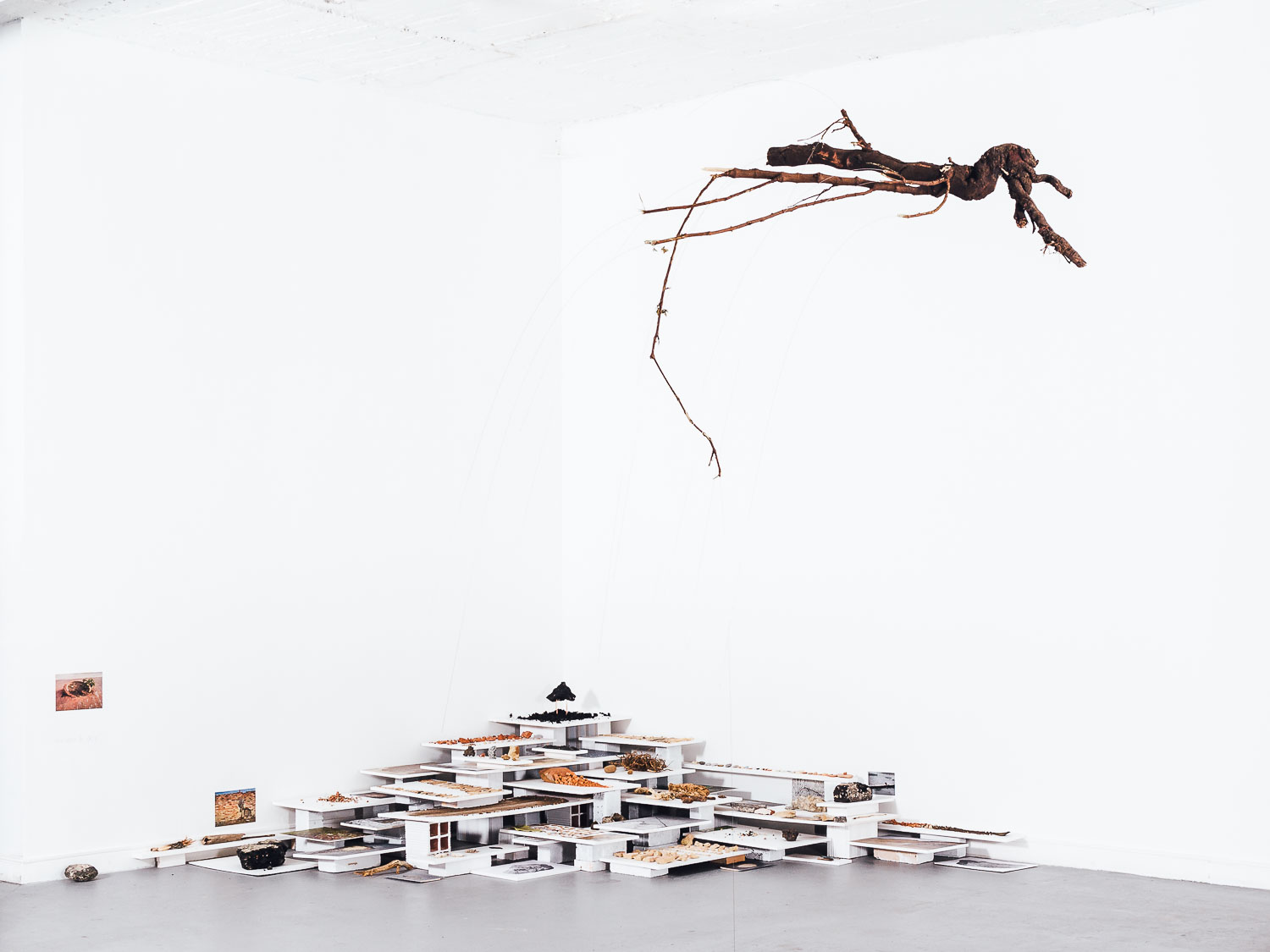 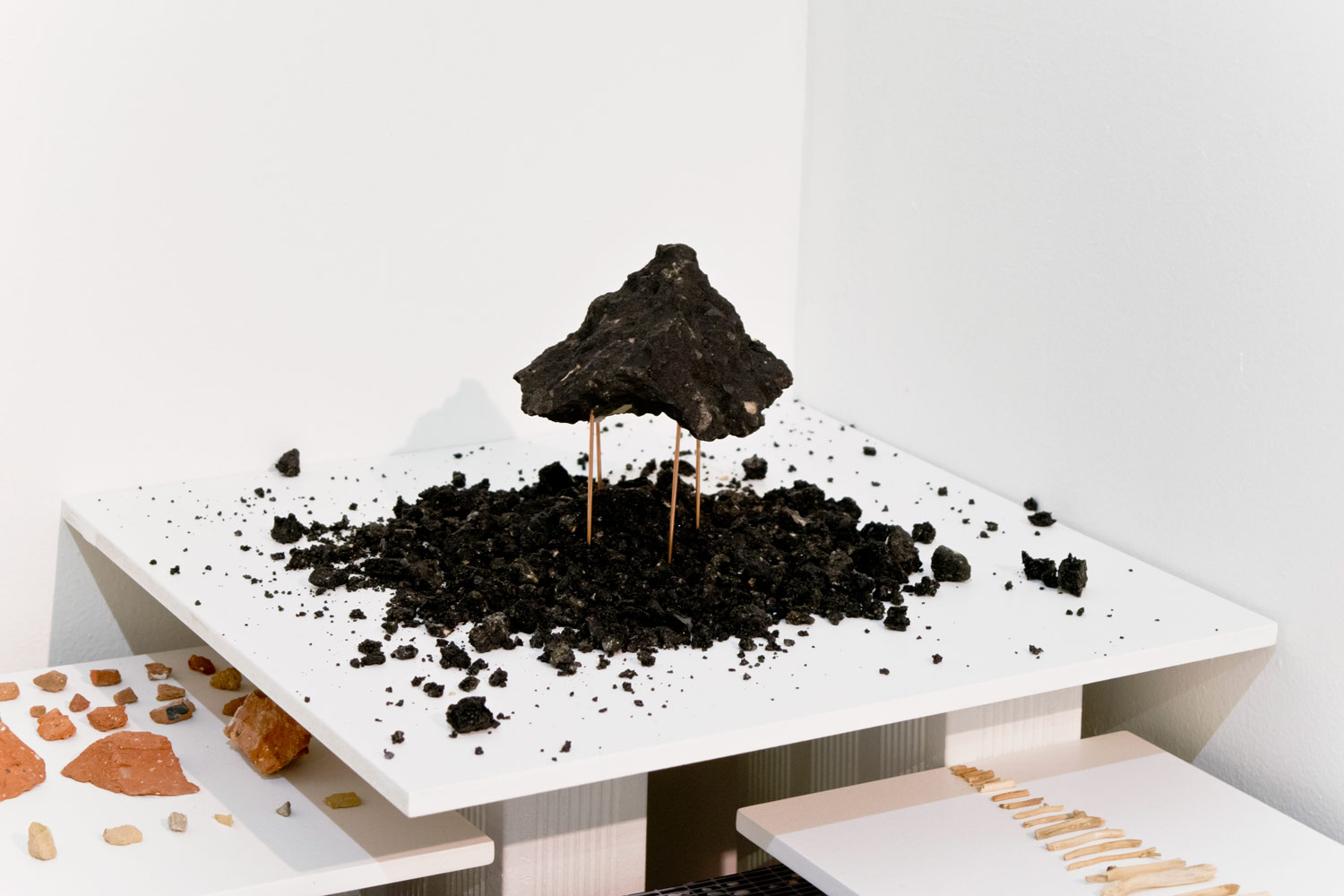 “…A veces hay que tropezar dos veces con la misma piedra is an installation that proposes an experience in two moments. The first is about a historical experience, the construction of meaning of some found objects that are classified and organized as traditional natural history would. The second is directed towards a “prehistorical” experience when the objects refer to an original natural form. The detailed exercise of categorization ends up revealing an ambiguity: what appear to be stones or shells collected on some beach, are mostly the remains of construction material or ceramics that have been rounded by the movement of the sea. The sensation is that of being in an environment made of small ruins, fragments of objects of industrial production and consumer goods that have been left at the mercy of natural forces … this way the second nature, that second layer emerged from the machine, appears before us as natural as the prehistorical forms in which the hand of man had not yet intervened. In the light of this exhibition, natural history becomes a cyclic, mythical history, in which the objects themselves become objects of nature..”